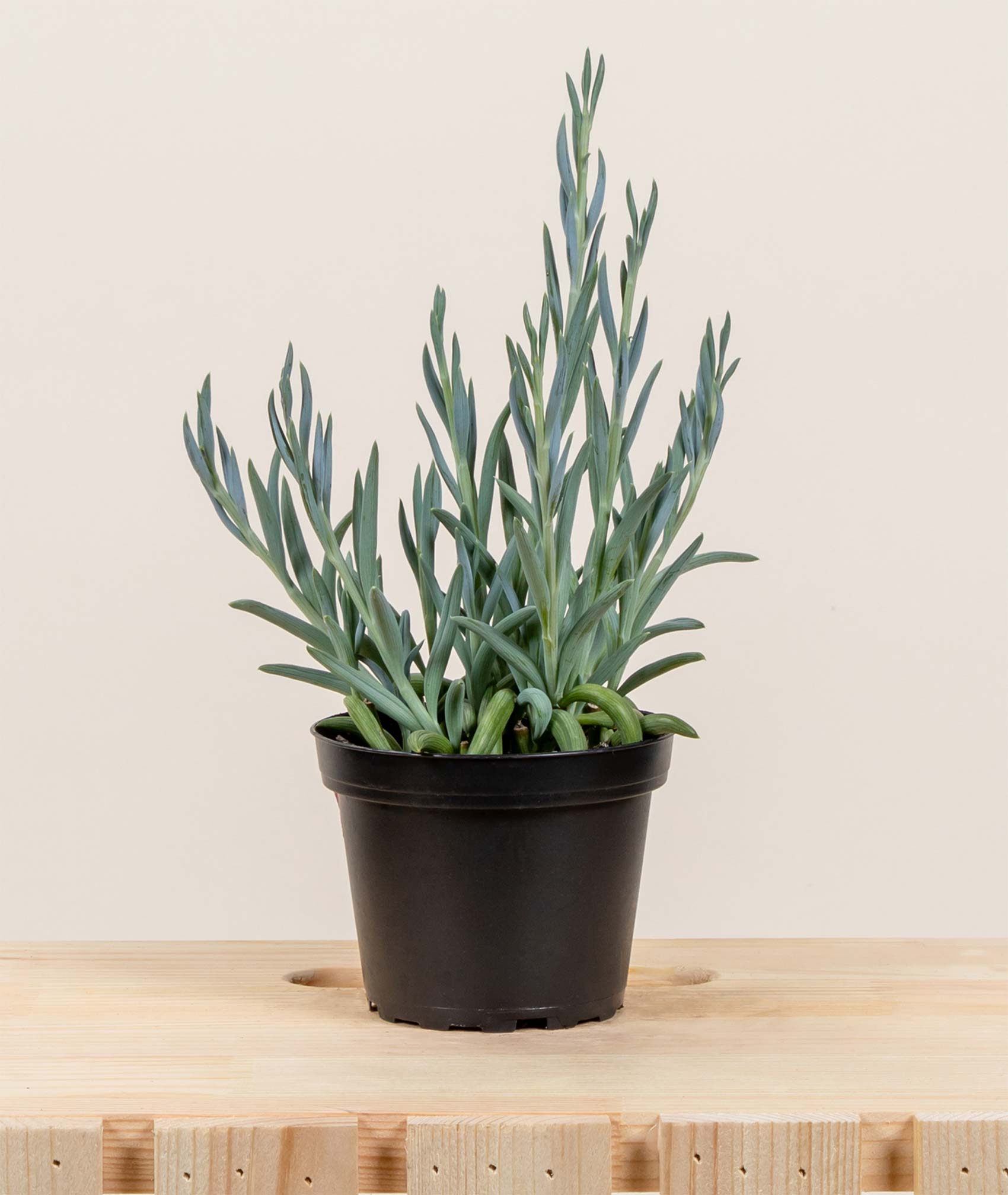 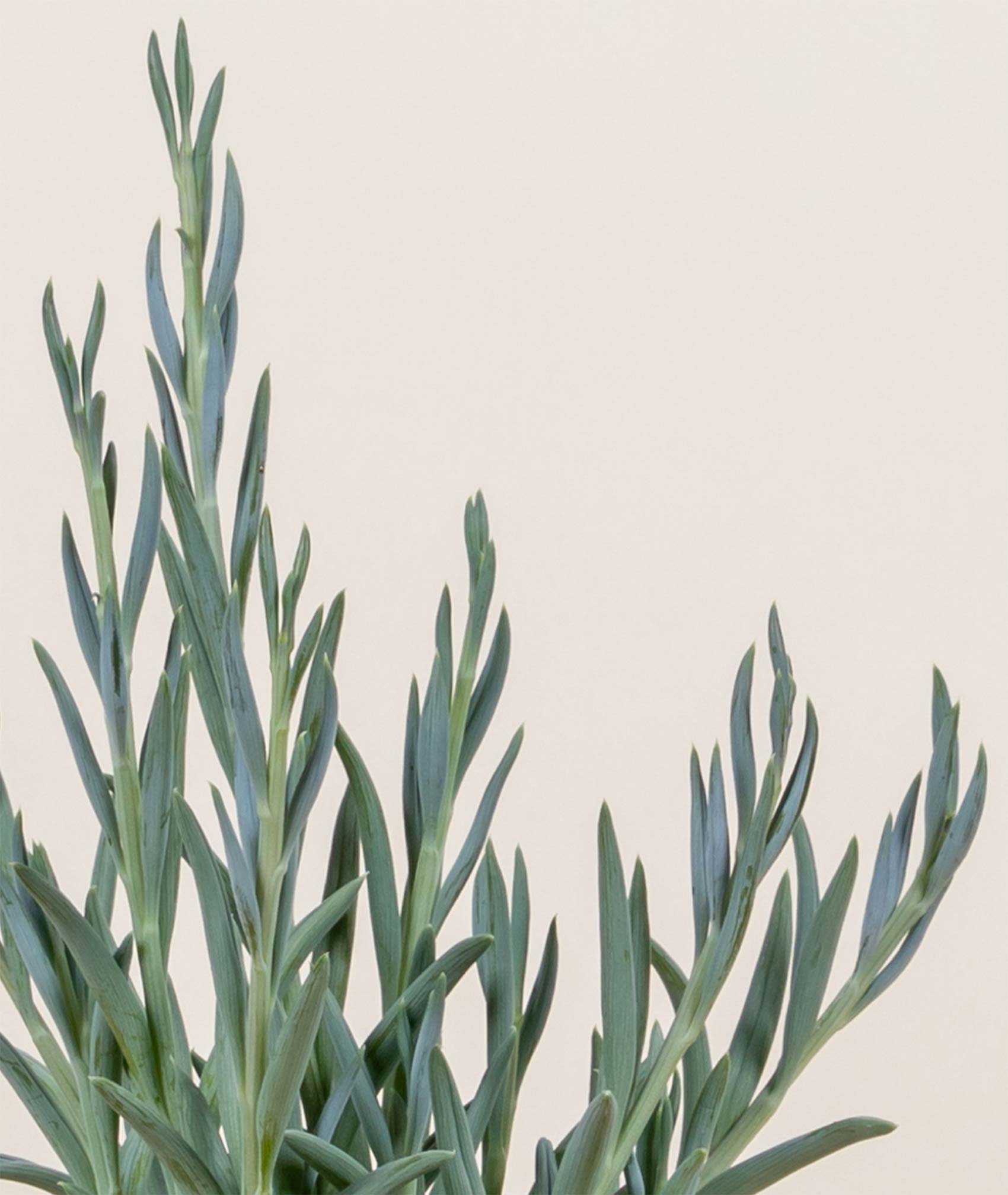 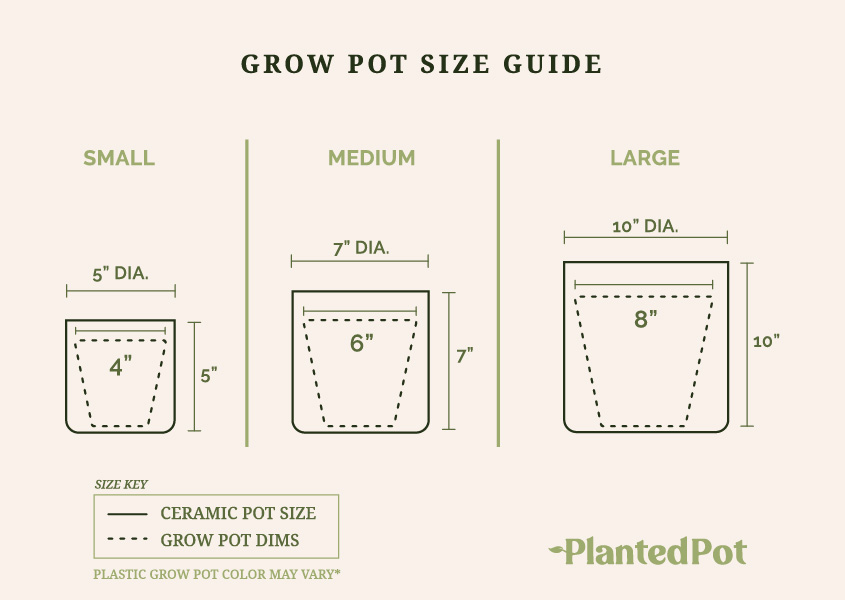 The Succulent Blue Chalk Stick’s name tells you everything you need to know about this pretty plant: its leaves resemble sticks of blue chalk! Native to South Africa, the succulent’s many finger-like leaves stretch towards the sky as the plant spreads across the ground. The Blue Chalk Stick isn’t picky when it comes to its container or conditions. Unlike many house plants, the Blue Chalk Stick grows in the winter and is dormant during the summer. The two biggest things to avoid with your Blue Chalk Stick are shade and frost. Even though these plants thrive during the winter, a freeze will limit any plant’s growth. With the right care, these funky beauties will make your garden stand out from the rest!

6 hours of bright, indirect sunlight per day. Direct sunlight may give it a slight sunburn, but it won’t dramatically harm these resilient desert plants.

Soak your plant deeply every three or four weeks, but let the soil dry out completely between watering sessions.

65°-75°F At the lowest, it can handle 20° F, but won’t survive consistent temperatures below freezing. 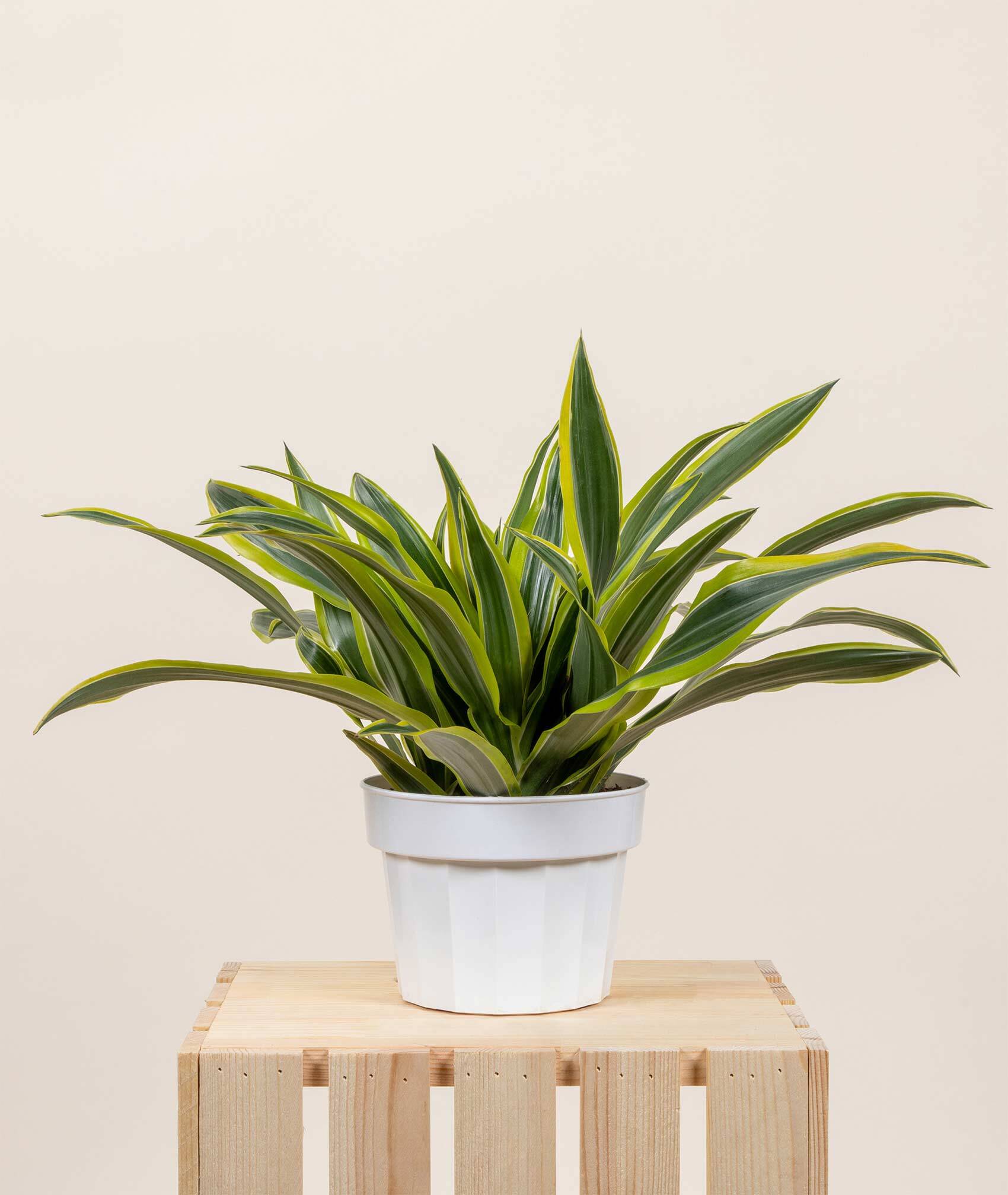 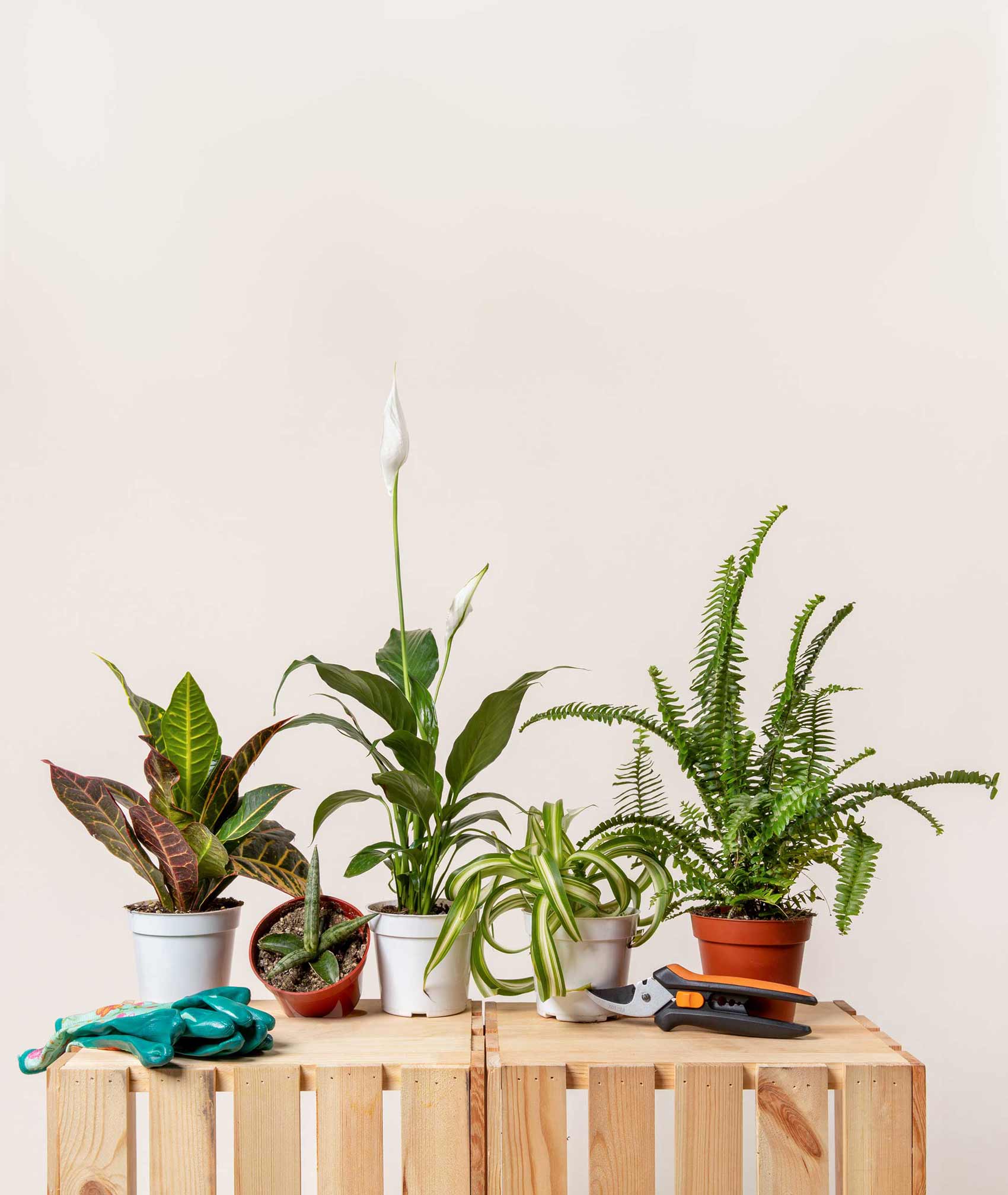 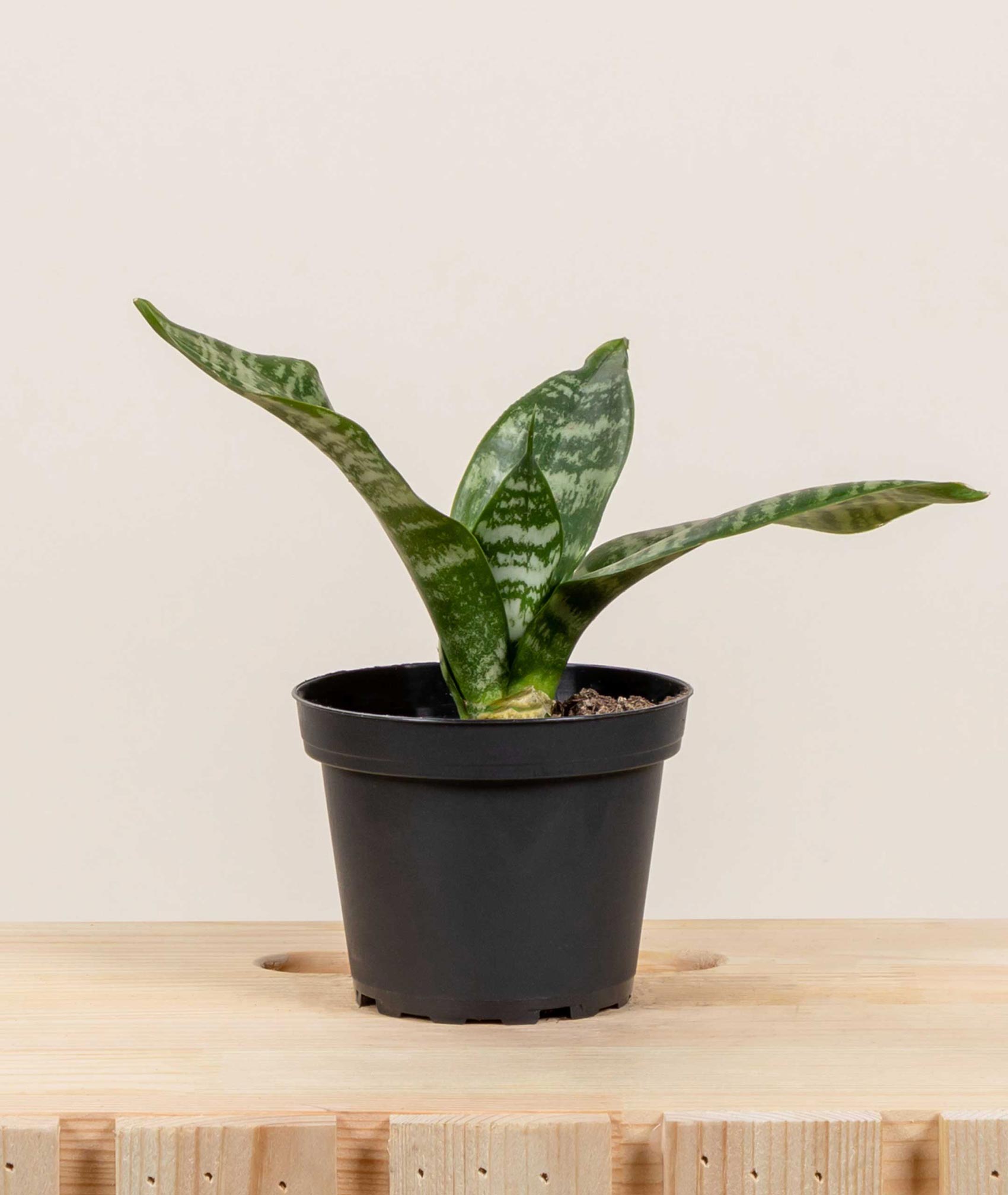 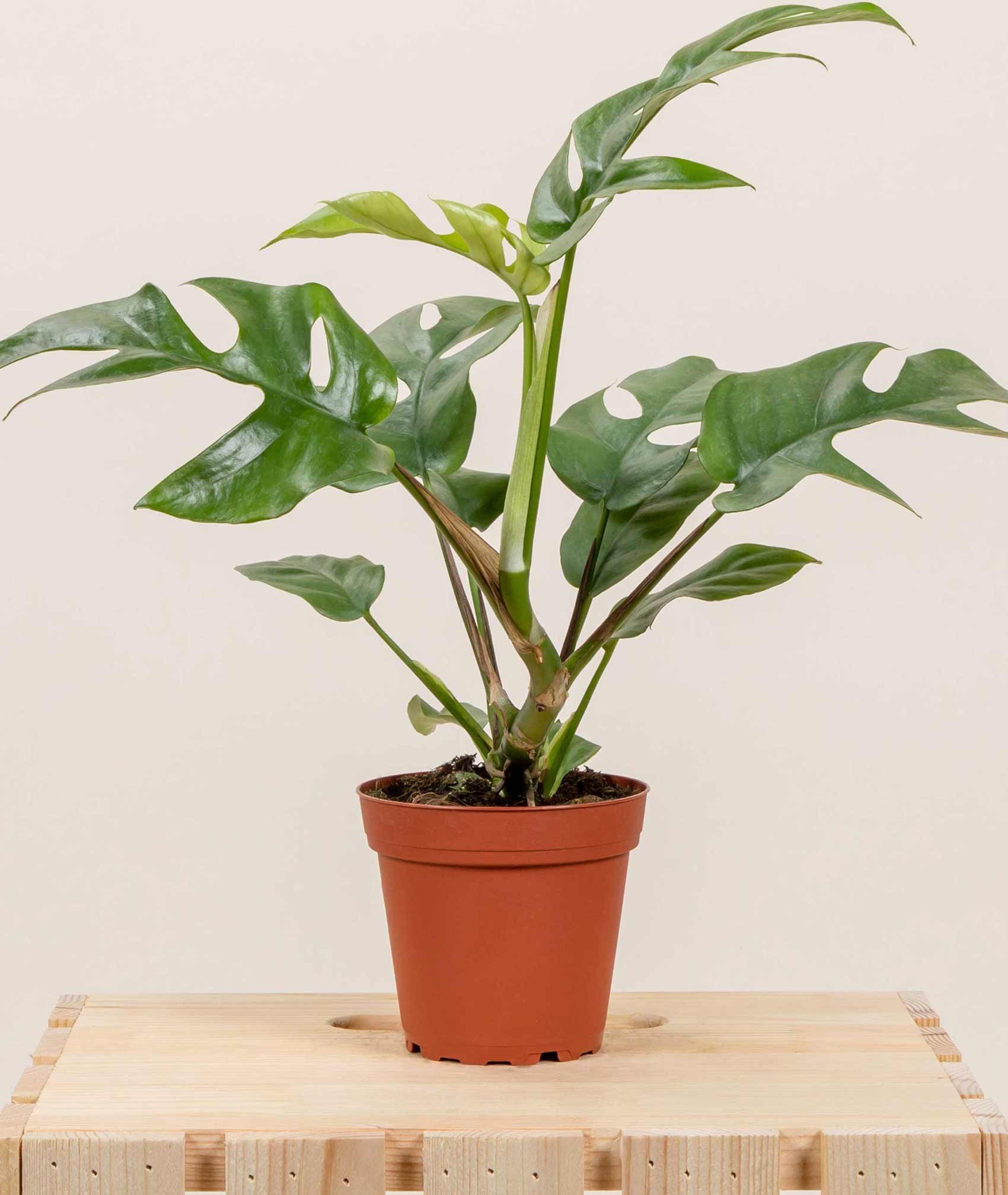 They’re blue, they’re green, they’re blue-green – they’re a color you can’t quite put your finger on, but that’s what people love about them. They’re Blue Chalk Stick succulents!

Blue Chalk Sticks are hardy succulents that can grow indoors as a houseplant or outdoors as ground cover. They have enough allure to be a standalone plant or can be the perfect complement to other plants. If you’re looking for another succulent, look no further than the versatile and beautiful Blue Chalk Stick succulent!

What is a Blue Chalk Stick Plant?

The Blue Chalk Stick plant is a succulent native to South Africa, known for its powder blue-green color and thick finger-like leaves that grow pointing upwards. They’re often found in outdoor gardens as a low-growing ground cover to add some texture and variety. Additionally, their subtle color does a very good job of highlighting the bright colors of surrounding plants.

Their eye-catching color is perhaps most appreciated as a standalone houseplant because their muted color can fit into almost any color scheme. Blue Chalk Sticks might just be the missing splash of color your home or living space needs.

There are actually two varieties of this plant. Both plant variations have a similar shape and are blue or green but differ in their size.

The traditional variation is Senecio mandraliscae, which is the larger of the two and has a slightly bluer color. It can grow up to 18 inches tall and is characterized by 3 to 4 inch long leaves arranged in a dense pattern. This variation tends to grow more vigorously and sprawling, which is why it is often found outdoors.

The other variation (which we carry here at Planted Pot) is Senecio serpens, also known as the mini Blue Chalk Stick or simply Blue Fingers. This variation is more suited as a houseplant because of its compact size and tidy growth pattern. However, it can also survive outdoors and provide smaller-scale ground cover. It grows to only 6 to 12 inches tall and has 1 to 2 inch long, fleshy leaves in the distinct blue-green hue Blue Chalk Sticks are known for.

The Blue Chalk Stick succulent (Senecio serpens) is native to the Western Cape province of South Africa and was first cultivated in 1710. It’s smaller and slower growing than its variation, Senecio mandraliscae, and produces small white flowers in the summer.

The name “senecio” is from the Latin word “senex,” which means “old man” – a reference to the way the seeds look like the puffy white hair of an old man. 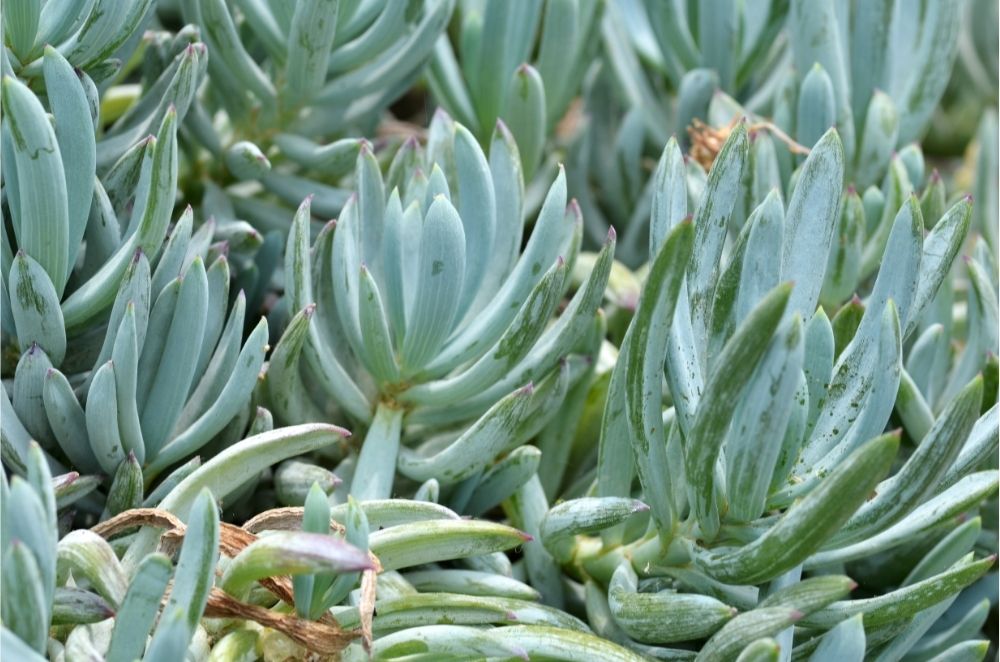 As a succulent, Blue Chalk Sticks are made to endure long periods of little to no water. They’re hardy, and even if you neglect them once in a while, they will live on (and won’t hold any grudges!).

Why Choose Blue Chalk Sticks for Your Home?

Blue Chalk Sticks are a fantastic choice for your home for many reasons! Here are just a few:

There are other spiky succulents out there that look similar to Blue Chalk Sticks, but none of them have its unique color. It can be described as blue chalk, powdery green, or muted blue-green (sometimes even with a silver haze), but whatever you describe it as, there isn’t anything like it.

Indoors or outdoors, in a pot or in the ground, Blue Chalk Stick plants can thrive almost anywhere. This versatility makes it a very versatile decor, and it can be that splash of color or texture your home needs.

Also, the appealing (but muted) blue-green color can easily blend in with other colors. This South African plant works particularly well when contrasted with other brightly-colored flowers or leaves.

Succulents are naturally resilient and can handle almost anything that’s thrown at them. Here are some reasons why they’re some of the hardiest plants out there:

Yes! Although they are more often found outdoors, Blue Chalk Sticks can also be great indoor plants. Put one in a pot with proper drainage and succulent soil, and it will thrive. They are small enough to be accent plants, perfect for decorating your office desk or coffee table. Just make sure to move them to the window (or outside) once in a while, so they get enough sunlight.

As an outdoor plant, they have a plethora of uses:

No, Blue Chalk Sticks are toxic to pets and people. Most of the time, kids and pets won’t eat them, but it’s best to keep it away from curious hands and mouths in general. 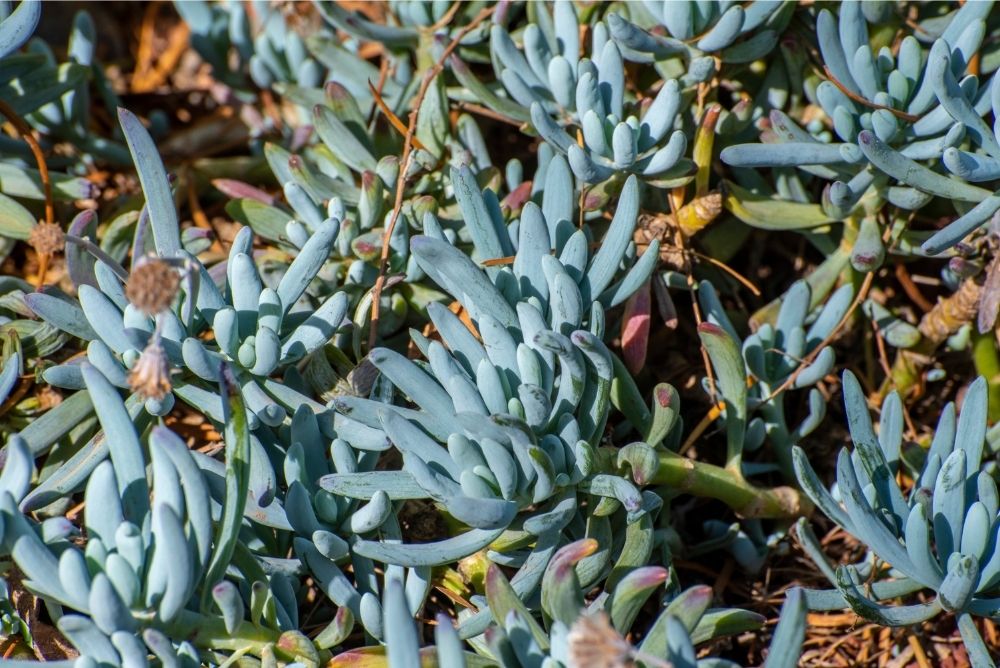 The Blue Chalk Stick succulent is from the Senecio of succulents, which hail from South Africa and have daisy-like flowers and seeds that look like small puffs. Senecio plants typically don’t do well in frost (lower than 20°F) and actively grow in the winter season.

Some of its relatives include:

Plants That Are Similar to the Blue Chalk Stick

Looking for a plant similar to Blue Chalk Sticks? Try out these!

The Blue Chalk Stick plant is the succulent you didn’t know you needed. It’s subtle but unique, unappreciated but necessary. With a powdery green-blue hue, it’s beautiful enough on its own and can be a standalone houseplant. However, the color really shines when paired with other elements. It’s wonderful at enhancing the vivid color of other plants, bordering a walkway, or bringing out the beauty of your home decor! 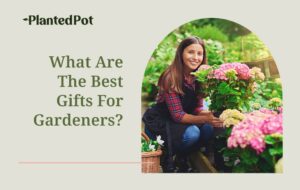 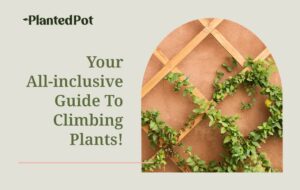 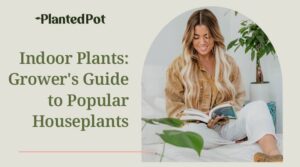 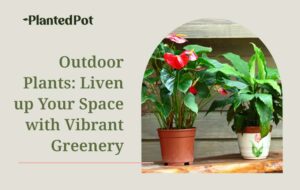 Be the first to review “Blue Chalk Sticks” Cancel reply