Ah, plants. There is a vast and wonderful world of plants so large it’s hard to imagine. Some are beautiful and angelic. Others are so scary and odd, it’s hard to believe they come from our world (yeah, we’re looking at you, Corpse Flower!).

Regardless, houseplants can be a great way to decorate your home, giving your living space a fresher, more relaxing vibe overall. There are millions of plants, and with Planted Pot, it isn’t difficult to find one that suits you and the environment you live in. You can find many pet-friendly plants that are low maintenance, beginner-friendly, and work as amazing decorations.

Plants are living and breathing organisms that give life to the world around us. They use a process called photosynthesis to get their energy. Photosynthesis allows vegetation to convert light into chemical energy, which is how plants get their food.

Many plants worldwide have adapted to different environments like tropical rainforests, lakes, deserts, and oceans. The vegetation plays a crucial role in providing nutrients to animals and insects, our atmosphere, and our world. Plants are an invaluable food source for animals in regions with vast greenery (jungles, rainforests, etc.).

Be sure to consider the following when searching for a houseplant: 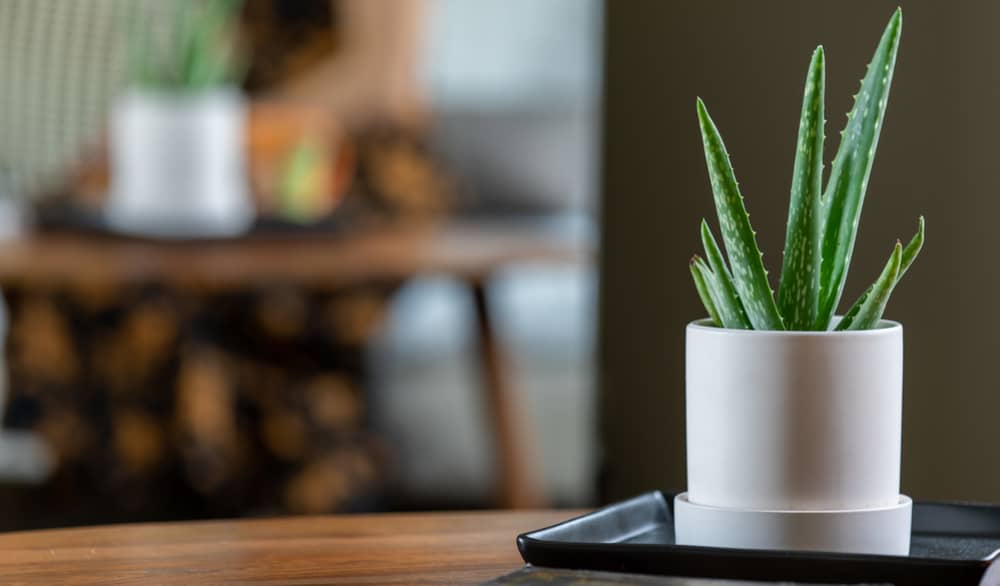 What Are the Four Major Plant Groups?

The four major plant groups are:

These categories make horticultural jargon accessible for people interested in the subject but unsure of  where to start. Let’s break down each group.

These plants are rather small and grow low to the ground. They do this because they do not have vascular tissue, which are bundles of plant organs. Vascular tissue makes up the dense and veiny roots, stems, and leaves in vascular plants (we’ll get into vascular species later).

Without vascular tissue, holding water is much more difficult for the moss species, making the outer area dry out before it grows any higher. Because mosses do not have roots, they can easily grow from trees and rocks that are moist and shady.

Vascular species are typically characterized as ferns. The epidermal cells in ferns make a waxy cuticle that helps the plant species retain its water. In addition, small openings on the stems of the fern called stomata allow the vegetation to perform gas exchanges with the atmosphere.

The main structures of a fern consists of vegetative fronds, reproductive fronds, and roots. Ferns can’t produce flowers, seeds, or fruits. Instead, they have vascular tissue that allows them to transport water and food within themselves. The vascular tissue in the plant has rigid cell walls that act as armor against hungry animals and insects.

With the plant’s rigid cell walls and ability to transport water throughout itself, ferns can survive in drier climates and grow to sizes well beyond non-vascular plants.

Gymnosperms have hard, scaly, and pointy leaves. These leaves have a thick and waxy protective layer covering the epidermis of the plant.

Gymnosperms are seed-bearing and have no protection from fruit or fertilization. The word gymnosperms etymology stems from Greece, meaning “naked seed.” Gymnosperms include conifers, cycads, and ginkgoes.

Angiosperms are unique, because they make their pollen and reproductive organs within the flower. They are also different from other plants because they enclose their seeds, keeping them safe and protected within a carpel. A carpel is a modified leaf that holds the ovules or seeds wrapped and folded inside itself.

Angiosperms are flowering plants that contain 300,000 known species. Popular Angiosperms include Orchids, Magnolias, and even tomatoes!

What Are the Characteristics of Plants?

Plants that grow on land are organisms that are easily distinguished from other living organisms on the surface by several characteristics:

Houseplants come in all shapes and sizes, making it quite easy to get confused fast. We’re going to break them down even further to make it a little simpler to get your hands dirty with confidence!

Each nutrient affects the plant’s ability to grow and develop. Without one nutrient needed by your houseplant, it could either die or not reach its full potential. A plant’s growth is limited to the number of nutrients within it.

Scientists have identified 16 essential nutrients and grouped them together based on how they fulfill each plant’s needs.

What Are Vascular Plants?

The vascular plant has specialized tissue. Xylem and phloem make up the two different kinds of vascular tissue, which are responsible for moving minerals, water, and photosynthesis. This allows the vegetation to grow much larger. And as a plant grows in size, the means of transporting water increases as well, allowing the plant to grow closer to the sun.

Vascular plants, like all species previously mentioned, exhibit an alternation of generations. There are two forms:

The annuals complete their life cycle within a year. So if you were to buy an annual, grow it in your garden, and pick out all the seeds it naturally dropped, it would not grow back next year. Annuals are usually herbaceous, meaning their stems are not rough and rigid enough to support them for long. Even though these houseplants are tall and lengthy, it’s mostly due to turgor pressure on the cell walls. 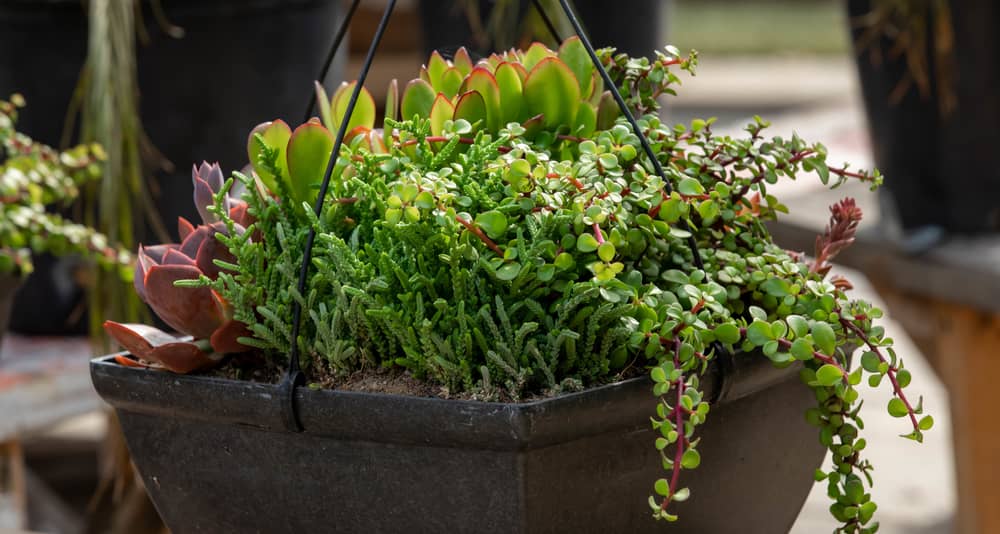 What Are Non-Vascular Plants?

Non-vascular speciess include mosses, hornworts, and some forms of algae. They are usually pretty small and very limited in size due to poor water and mineral transportation. There are three main types of non-vascular plants living in both marine areas and on land: mosses, liverworts, and hornworts. They reproduce using spores rather than seeds and do not grow flowers, fruit, or wood.

Some non-vascular species developed specialized tissue for water transportation. However, their tissue does not contain lignin, a polymer that makes vegetation rigid. This lack of lignin is why the specialized tissue is not considered vascular, just like the tissue found in angiosperms, gymnosperms, ferns, and lycophytes.

A great way to tell if a species is a non-vascular plant is if it has roots. Mosses, which are non-vascular, do not need roots to grow. They can easily spawn on most areas like trees or rocks. Moss commonly grows close together in chunks in a damp or shady location. You probably won’t have slabs of moss growing in your backyard.

How Many Species of Plants Are There?

There are 391,000 different kinds of vascular plants known today. The royal botanical gardens in the United Kingdom say 94% are flowering species.

This translates to 400,000 species that share our beautiful world. 31,000 of those species have at least one documented use like food, medicine, recreation, poisons, animal feed, and building material.

Though, with climate change worsening every year, some species might be in danger. One in every five species is threatened with extinction. Things that directly affect vegetative life include large-scale demolition, oil palm plantations, logging, livestock farming, and residential and commercial neighborhoods. Mangroves and tropical forests have been the ones most affected by the ramped agricultural demolition.

Luckily some areas of the world still have a large diversity of vegetation and wildlife. There are over 1,771 important wildlife areas these plants call home that need conservation.

How Many Plant Species Are Discovered Yearly?

2,000! That’s how many plant species are discovered every year. Sadly, much of this vegetation is on the verge of extinction because of climate change.

Australia, Brazil, and China discover the most species each year. Brazil is home to more seed plants than any other country in the world. Because of the country’s exotic weather patterns, rare and unknown plants are more likely to grow there. Many forest areas are unexplored or untarnished in these large countries, making it perfect for small plant species to hide from us.

Plants are amazing — they heavily impact our daily lives and our health. Without our leafy green friends, we could not survive. Though scientists discover thousands of new plant species every year, many are now extinct. It is our job to help protect our amazing, leafy friends because they have done so much for us.

Plants are beautiful and interesting if you pay attention to them. They come in many different shapes, sizes, looks, and smells. All this variation is the reason for scientists’ many classifications and labels. Without these methods of classification, identifying houseplants would be an extremely hard task.

Fortunately, we at Planted Pot have organized the best plants into whatever category you’re looking for. With options like pet friendly, air purifying, hanging, and many more, you can search using the criteria that applies to you. And if you want to search for succulents, Anthuriums, or Snake Plants, you can do that too! The world is your Oyster Plant, and Planted Pot is here to guide you to your new favorite houseplants!