There is something about nature that all humans can connect to. It doesn’t matter if you live in the countryside or a large city, the sight of nature’s plants bond with people on a deep level. Plants including all types of ferns exemplify the shared relationship between nature and people.

Ferns can be kept as houseplants and are easy to maintain. Fern plants can provide many benefits when you provide them with basic plant care needs, such as water, light source, and love. They are beautiful botanical ornaments that improve the appearance of your home.

Even though fern plant maintenance is simple, the species of ferns contain a substantial amount of different types of ferns. Allow us to help you know what a fern is and learn about some of the members of the fern family.

What is a Fern?

A fern is a flowerless plant that has existed for over 200 million years. These prehistoric plants are known for their diverse foliage which gives off a tropical appearance. Their leaf clusters have a feather-like appearance and can be divided into smaller clusters of leaflets and come in a variety of colors.

Some of the species of ferns can be about as small as an inch. Popular fern houseplants can grow from one to six feet tall. When found in their natural habitats, they can grow up to 80 feet tall! 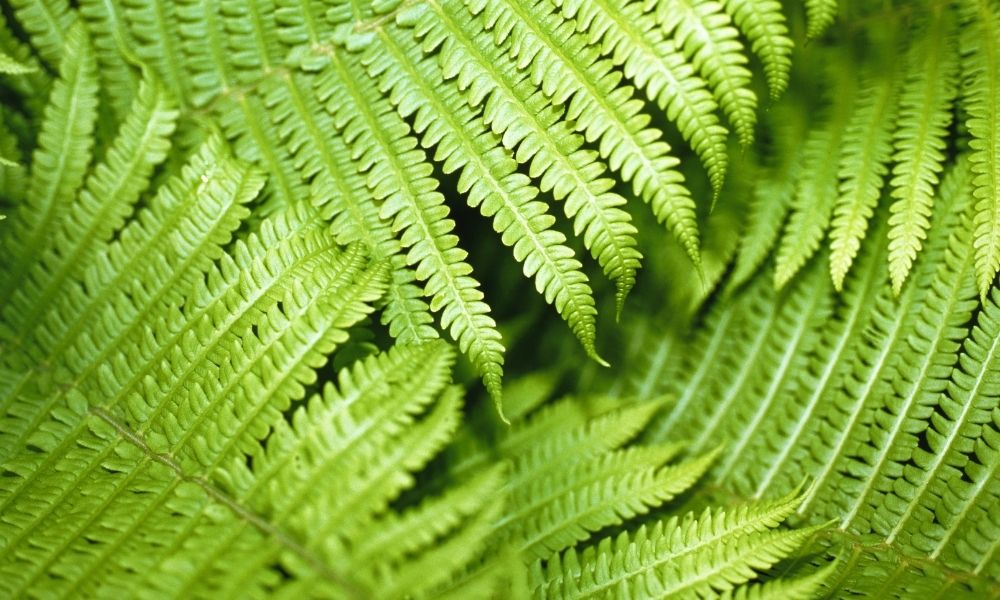 All ferns share the same anatomy but each with unique leaf varieties. We’ll break it down for you, starting from the bottom all the way to the top.

One of the unique characteristics of ferns is that they do not produce flowers. What this plant lacks in flowers, it makes up for in different ways. Ferns reproduce with spores instead of flowers and seeds.

Where Are Ferns Commonly Found?

Ferns are found commonly in many parts of the world. Chances are you have seen a fern plant at one point in your life.

They thrive in areas shaded from direct sunlight that can cause burns on their leaves. Their habitats are usually damp with plenty of moisture in the air. Fern plants enjoy tropical temperatures and high humidity and it is rare to find ferns growing in dry or artic areas.

Here are the most common habits ferns find themselves at home.

A lot of plant species thrive in forests because they receive plenty of indirect light, shade from the sun, an abundance of water, and rich soil. Ferns love tropical rain forests with warm temperatures and plenty of humidity.

Ferns are also found in temperate mountain forests. A majority of ferns found in forested areas are epiphytes, meaning they grow off tree branches and trunks. The tropical rainforests of Costa Rica are home to hundreds of fern species.

Besides luscious rainforests, ferns are also found in swamps and bogs. These areas are rich in acidic soil which provides nutrients to the fern plants. Some fern plants are native to the swamps of Florida.

It is not uncommon to find the smallest members of the fern family growing out of shallow water. Their ability to grow naturally in small ponds has made aquatic ferns popular for aquariums.

Ferns are known to grow out of the cracks on a rock, as long as it is shaded directly from the sun. One of the most common ferns growing out of rocks is the rock cap fern. It is native to shady for certain regions of North America.

The ferns that grow off rocks are also known as epiphyte plants. They do not require soil and can gather their nutrients from the surrounding air and through the water. 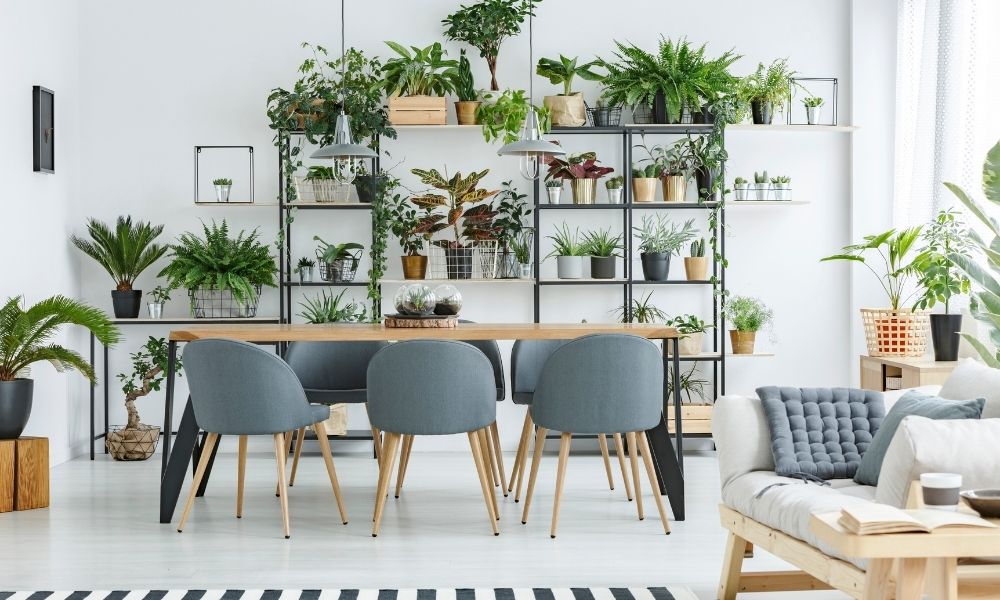 How Many Types of Ferns Are There?

Ferns are abundant, with over 20 thousand types of ferns found in nature. Some are obviously rarer than others and found more prevalent in some areas than others. The Fern plant family is diverse thanks to it existing for millions of years and allowing the species to branch out.

To be able to organize them easier, botanists subcategorize ferns into smaller classifications. There are four subclasses ferns are split into; each can contain an extensive amount of fern species.

Even though there is an immense amount of ferns, they all make great outdoor or indoor plants. Some of these ferns might be hard to purchase online. There is also a chance that rarer ferns can have an expensive price tag attached to them.

What is the Most Common Type of Fern?

If you live anywhere in the United States, you probably have seen a lady fern. This plant grows all over the US and is also sold in stores as a popular house plant. It is also known by its scientific name Athyrium filix-femina.

The lady fern thrives growing in the shade and is tolerant to dry soil. This fern is a popular houseplant that is easy to care for. It can grow between two to five feet tall and spread three to seven feet wide if left untrimmed.

The fronds on this plant are a vibrant light green that almost looks like they shine through the shade. The leaf stalk on this plant can come in different colors ranging from red, purple, or green.

First-time plant owners can ensure the lady fern experiences plenty of growth by providing it with rich soil and a shaded spot that receives indirect sunlight. 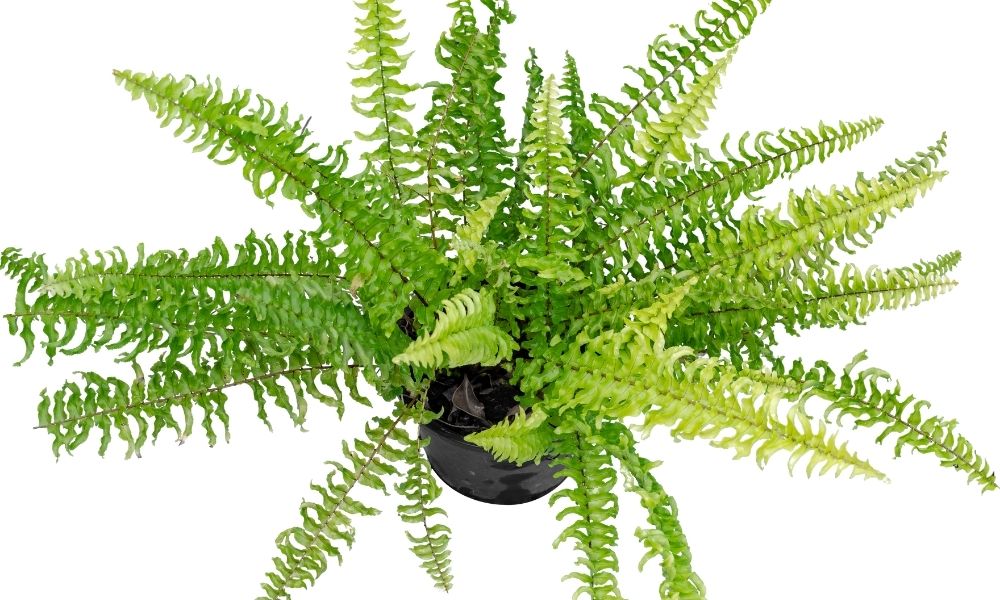 If this plant is not busy as a decorative centerpiece in your home, then it is out in nature. Depending on where in the United States you live, you might be able to view this fern in its natural habitat.

This plant enjoys woodlands where rain is common. It also can be found near humid swamps and along streams. It is found up higher ground and lowlands as well.

Most Popular Types of Ferns

What categorizes a fern as one of the most popular? For some people, it can come down to personal preference, such as the fern’s size, frond appearance, and color variations. This list is not in any special order, below are fern plants most people tend to have in their homes.

Native to eastern Asia, this fern offers a break from the lovely green foilage ferns are known for. Its triangular leaflet clusters are silver in color. They appear as if mother nature gently applied silver powder to each individual leaf.

The Japanese painted fern can tolerate acidic soil and prefers areas with full or partial shade. You can damage its beautiful leaves if left exposed to direct light from the sun. When properly cared for, Japanese painted ferns can grow up 12 to 18 inches tall at full maturity.

The bird’s nest fern is sought-after for its simple large green leaves that sort of look like banana leaves. It is a popular houseplant because it does well in dim light settings and enjoys humidity, making it a perfect plant to keep in a restroom for a tropical appearance.

It is also a compact size plant and grows two to three feet tall. The Bird’s Nest fern enjoy moisture in the air but do not like being overwatered.

The Rabbit’s Foot fern is a versatile plant that makes an amazing housewarming gift. It is an epiphyte plant, so it enjoys growing out of crevices like rocks and tree trunks.

It is considered lucky thanks to the rhizomes that are fuzzy and resemble a rabbit’s foot. The Rabbit’s Foot Fern can be kept in hanging baskets.

The Boston Fern is one of the more common plants kept indoors. They enjoy staying in cool areas and should not stay in dry soil. The leaves are bright green but can turn yellow if there isn’t enough moisture in the air.

This plant is also known as the sword fern and can be kept as a hanging house plant in baskets as well. It can grow from one to three feet tall and two to three feet wide.

The Maidenhair fern is a tropical fern that has been found growing out of rock crevices in nature. The fronds of Maidenhair ferns contain bright green fan-shaped leaflets.

Like all indoor ferns, this plant enjoys high humidity. It should be kept in an area that receives indirect sunlight. 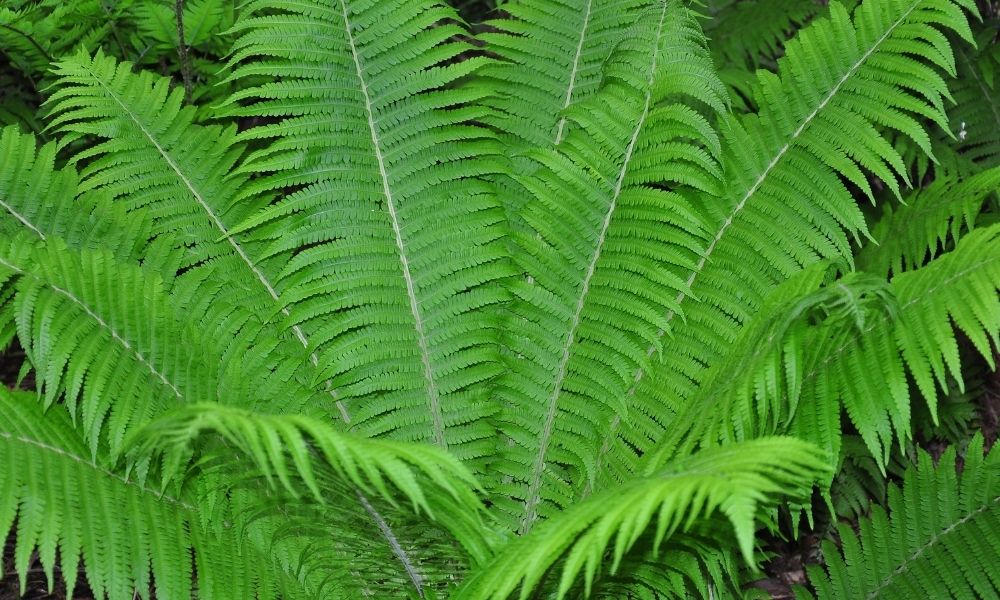 The Ostrich fern is an ideal indoor fern that fills in nicely in the corner of a room. It has green foliage that clusters up together to resemble the tails of ostriches. They enjoy moist soil with plenty of room to spread their roots.

When grown in the right conditions, the Ostrich Fern can grow up to six feet tall. This plant is easy to grow and should always avoid direct sunshine.

The Cinnamon Fern can be kept either indoor and outdoor. The fronds start off as silver and then mature into green fronds. The cinnamon sticks growing out of it are actually fronds that become sterile.

No matter where you keep it, Cinnamon ferns require moisture or humid-like conditions. When fully mature it can reach a height of five feet.

The Wood fern contains over three hundred members. The fronds on this plant are evergreen but can have little red or yellow tips. Its lovely appearance really accentuates a home.

Wood Ferns are commonly grown naturally in different parts of the world. They enjoy being grown in rich, acidic soil but are very adaptive to most potting mixes.

The royal fern likes being kept the partial or full shade where its soil can remain moist. It is also easy to care for and can grow up to four feet tall and three feet wide.

The Royal fern’s foilage is usually bright green but unique in texture. The twice cut leaves contribute to its wonderful appearance and make it one of the most sought-after indoor ferns.

A popular indoor plant, the Staghorn fern is also epiphytic and can grow out of a piece of wood nearly mounted on your living room wall. The large single fronds on this plant are eye-catching and resemble antlers.

Staghorn ferns love bright light as long as it is not being exposed to direct sunlight. They also enjoyed having their leaves misted to mimic the humid habitats they like to thrive in.

No matter the occasion, ferns are versatile plants that make great gifts as well. Check out some of the popular ferns on this list available at PlantedPot!